While you were celebrating Thanksgiving, we were celebrating the church birthday. We had a service and a meal together. The schoolchildren performed several songs with their teachers. We and the four Dutch students enjoyed it very much untill the meal. They were asked if they would like to eat some monkey….. They didn’t expect something like that. The people were only teasing, they had no monkeymeat at all. So they enjoyed some caimanmeat instead with some casavebread.

The next day was the day of Suriname’s Independence. The second day of celebrating and drinking lots of their strong drink. One of the student teachers saw most of her pupils lying drunk in their hammock while she was walking in the village. She was shocked to her core. Most of the times we don’t visit in the village during those days. It makes us very sad to see the people drunk like this. The next day was another day of drinking because the strong drink was not finished yet… 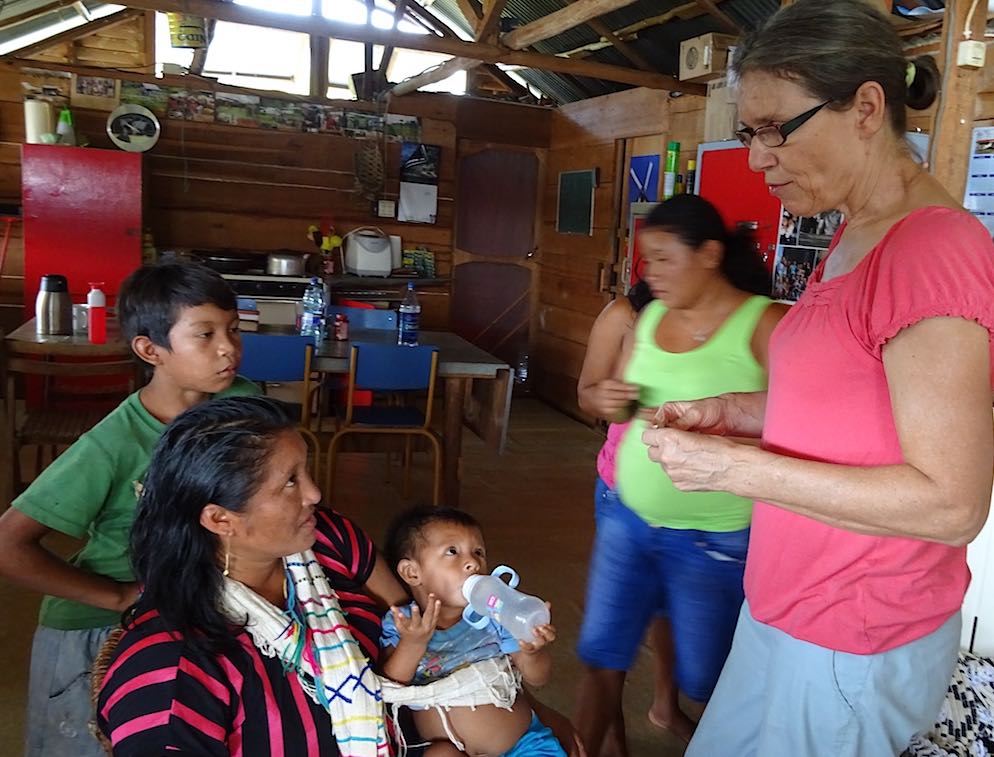 We went to church the next day with a heavy heart. What a joyful surprise to hear one of the elders announce a conference weekend the week before Christmas. Some of the elders also were sad about the drunk youth and adults, so they want to share from Gods word how our conduct as christians should be. This desire comes from the Wajana leaders themselves, not from us as missionaries. They also want to ask the women not to make big pots of strong drink. We’re praying that the Holy Spirit will convince a lot of hearts to change their lives and obey Gods loving guidance. 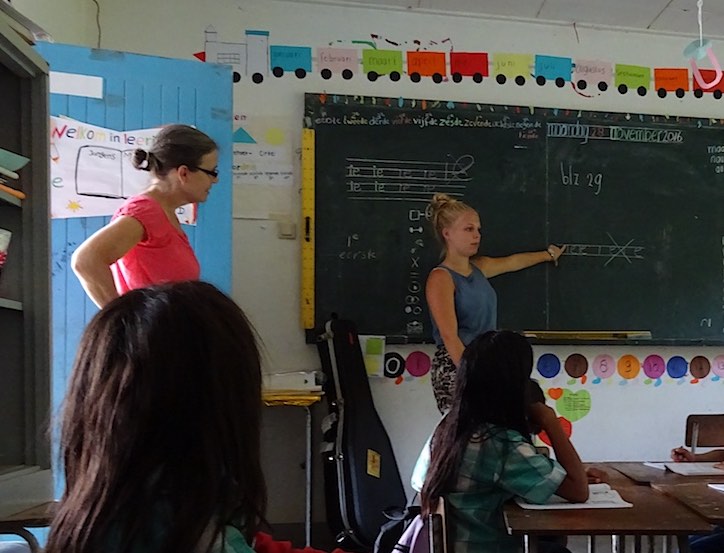 This week Ilse van Dijk started to teach the childrens workers from Apetina and Tepoe. Some of the more experienced workers from Apetina will also teach some elements of the training. Last week we learned that heard the teenage girls and boys were called to come to church to be taught from Gods word. It is very encouraging to see young Wajana leaders train their own youth. 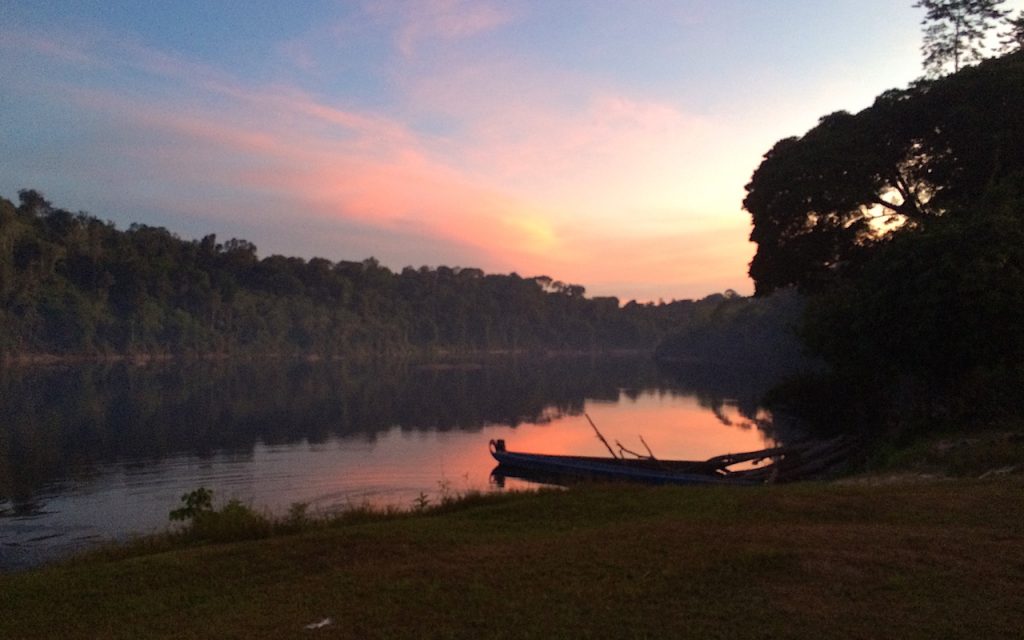 The waterlevel of the river keeps going down. It is the end of the dry season, so we’re all waiting for the rain to come. Since we have 4 Dutch girls with us for four weeks, we are very careful with our barrels with rainwater. We’re bringing buckets with rivierwater up to the house. Our laundry is done in the river, so we’re back to basics.