“Pray ye therefore the Lord of the harvest that he would send forth laborers into his harvest.”   Luke 10:2 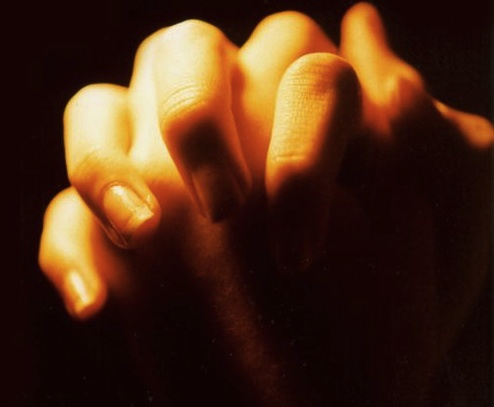 God, in His love for the Wayana and Trio Indians, laid the burden of prayer for these tribal people on the hearts of His children.  In response to their prayers, God raised up a team of missionaries to plant His church in the jungles of Suriname

The work of World Team in Suriname is a result of prayer The Ludwig Van Kanten family, a Suriname-born Negro couple, embraced the gospel  (Ilse, in Aruba; Ludwig, in Holland).  They married in Holland and later returned to Suriname, praying that God would send someone to their homeland with the Good News.  That prayer was answered when a Surinamese girl found the Lord.  Philo Brandon was of mixed racial extract and of Roman Catholic background.  While in Aruba in search of employment, she met some TEAM missionaries who encouraged her to enroll at Prairie Bible Institute in Canada.  In 1954, Elmer Thompson, founder and president of West Indies Mission, was visiting PBI.  Philo approached him, shared her vision for her homeland, and urged him to consider launching a WIM ministry in Suriname.   Impressed with Philo and the need she had described, Elmer Thompson gave the idea some thought.  David Neff was sent to explore possible open doors in Suriname.  He arrived in April, 1954.  By 1959 Suriname’s WIM staff totaled seven–two American couples (David & Letitia Neff & Walter & Marjorie Jackson), a German couple (Hansjurgen & Gertrud Sturz), and Philomena Brandon.

In 1950, while working with the Unevangelized Fields Mission (UFM) among the Wai-Wai Indians of British Guiana, Claude and Barbara Leavitt began to pray for the neighboring Trio Indians located in Suriname.  Nine years after Leavitt’s prayer for the Trios, Walter Jackson sat on the end of a pier at the frontier town of Albina, lazily watching the eddies of the Marowijne–the river that marks the border between Suriname and French Guiana, when he saw a canoe load of Indians coming from up the river.  He learned that these Indians were Wayanas who had come to town for supplies, having traveled two hundred miles from their forest home upriver.  In that instant, God spoke to Walt Jackson with a clarity beyond question: Take the gospel to this people!

God had simultaneously, placed the burden of the Trios on the hearts of Bob Price and Eugene Friesen, co-founders of the Door To Life Ministries.  In 1957, Bob Price made a tour to several mission fields as a guest speaker.  While in British Guiana, he made a trip to the Wai-Wai Indian village of Kanashen, where he met Claude Leavitt.  There they heard about the Trio Indians in the neighboring country of Suriname.  Without them meeting or seeing a Trio Indian, God impressed these two men with the need to reach this tribe with the gospel of Jesus Christ.  Burdened for the Trios, these two men returned to their respective positions in the U.S.  In January-February 1959, Bob made a trip to Suriname seeking permission to work with the Trio Indians with no success.  In June, 1959, Price and Friesen flew their Piper Super Cub plane to Suriname and offered their services and their plane to assist the government in “Operation Grasshopper” (a government initiative to open interior airstrips to permit exploration of the interior) and became totally involved.  As a result of their tireless efforts in “Operation Grasshopper”, the Prime Minister called them into his office and announced that the Door to Life Mission was being granted official permission to work south of the 4th parallel, which is the entire southern part of the country.  Door To Life Mission merged with West Indies Mission in December, 1962

While the first contact with the Wayana Indians was at Albina in 1959 with Walt Jackson, and the first contact with the Trio Indians was at the Trio village of Alalapadu with Claude Leavitt and Eugene Friesen in 1960, it would be 1961 before the four missionary couples settled into the different villages in the interior..  Walt & Marg Jackson at Lawa with the Wayana, Claude & Barbara Leavitt at Alalapadu with the Trio,  Morgan & Mary Jane Jones along with Ivan & Doris Schoen at Palumeu among the Wayana and Trio living at this village.  Ivan & Doris then moved to the Wayana village of Apetina.

As the missionaries began to learn the Indian languages, they wrote primers to teach the Trios & Wayanas to read & write their own language.  Interest was high.  Once they learned to read & write they read everything they could get their hands on, which at that time was the Word of God, the Bible.  Reading God’s Word convicted them of sin in their hearts & many began to receive the Lord Jesus as their personal Savior & Lord.  The initial thrust was to win the adult men to Christ.  No public invitations were given for decisions.  As the Holy Spirit spoke to hearts, they responded & usually would go to the missionary & tell him that they wanted to receive Jesus.  Special classes for believers were held to strengthen and encourage them in their walk with the Lord.

As physical and spiritual needs were being addressed, many of the Indians responded to the gospel.  It spoke to their hearts.  One particular breakthrough in the growth of the Indian church was when several key witch doctors made a clear break with heathenism, destroyed their fetishes, & embraced the gospel.

Each of the interior churches has a multiplicity of leaders referred to as elders & deacons.  Sharing the responsibility of the ministry in each of the villages, none of these leaders are paid.  Led by the Holy Spirit, these churches, now totaling 12, function on their own with periodic encouragement and teaching by missionaries & national church leaders from the city.

Believing that God meant what He said when He said, “Go ye into all the world, and preach the gospel to every creature.” (Mark 16:15), the Trio & Wayanas churches have encouraged & taught their people to take the gospel to other villages & other tribes.  The Indians said to me one day, “God sent you to tell us about Him.  We know who He is now & what He has done for us.  He sent you to tell us about Him & now we believe that He wants us to go & tell others about Him.”   The Wayana has been reaching out to the Melejo Indians of southeast French Guiana.   The Trio has been making missionary trips to the Woripi people in northern Brazil, a group that is unreached for Christ.

The Lord Jesus is the foundation & the corner stone upon which the interior tribal churches have been built.  “This was the Lord’s doing, and it is marvelous in our eyes.”  Mark 12:11    God has done it.  Henry Blackaby said, “Find out what God is doing and get in line with Him.”   This is what World Team has sought to do.