A week before Christmas, Nanajeu comes to visit us. She would like to know who may fly to Palumeu and Tepu for the Foundations for Farming training. We indicate that we really want her and her husband to come along as trainers because they put everything they learned into practice. If they are away from home for two weeks, this means that she has extra work to do for the next three weeks. 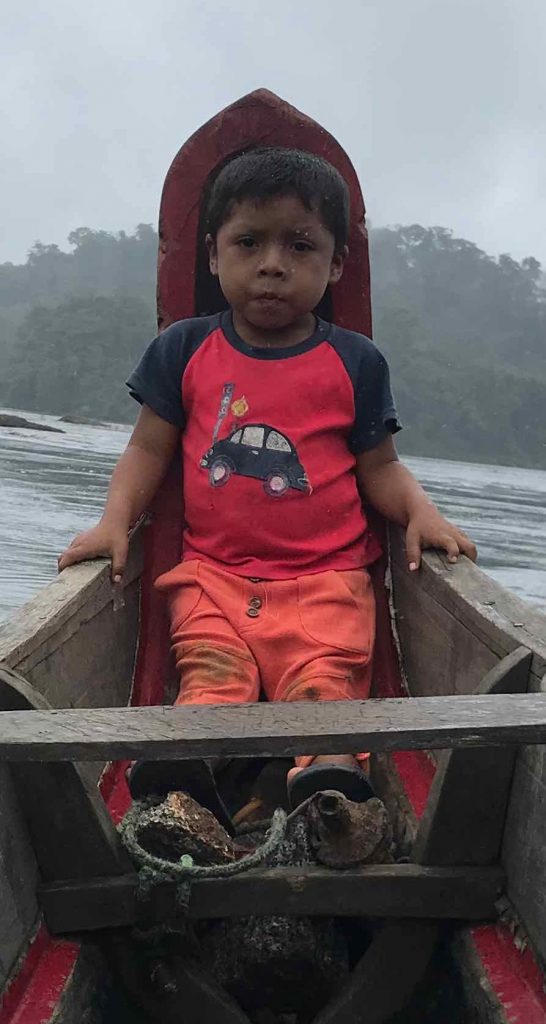 Her daughter went to Paramaribo to study at a young age and is not yet able to bake the cassava bread. Her mother is old and can’t make it anymore. In the coming weeks, extra wood will be chopped and prepared so that a fire can be made for cooking and an extra amount of cassava will be harvested to make cassava flour from which cassava bread is baked. What a caring woman this is! We appreciate her very much. 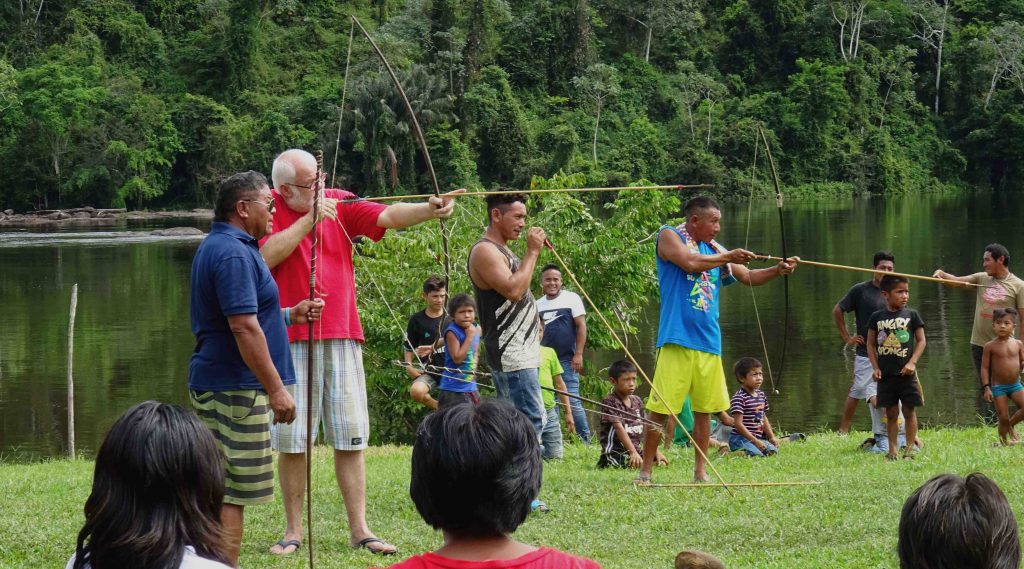 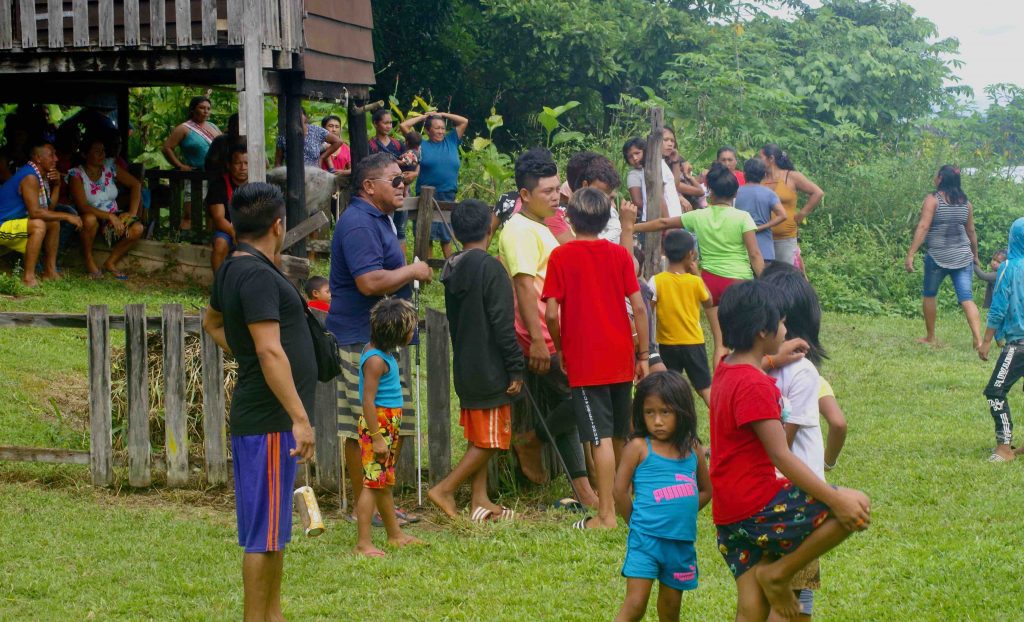 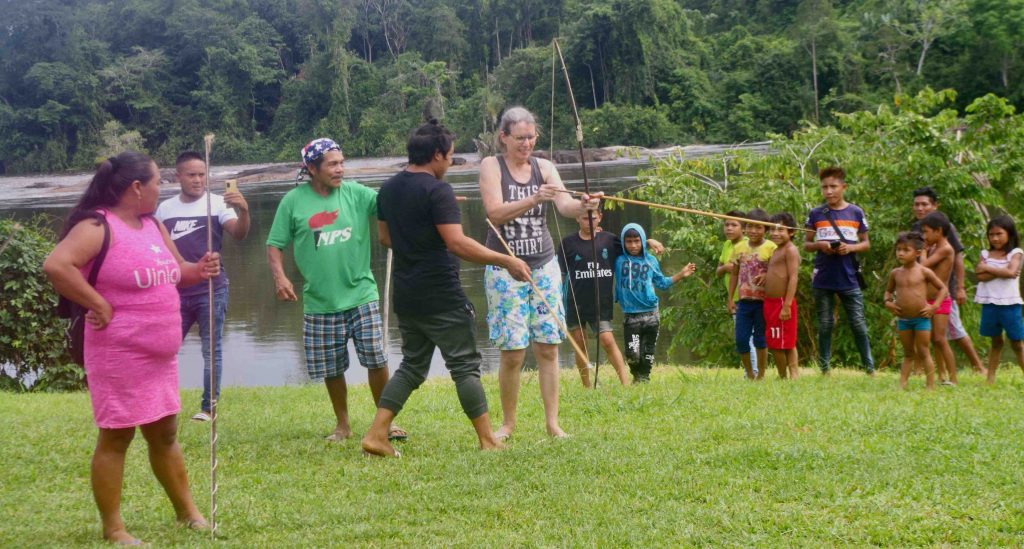 On Christmas Eve we showed photos and videos of the game day on December 24 in church. After this we showed the Nativity story in Wayana. Suddenly a deacon came to us that a boat with Maroons had arrived and they brought a duro tank for us. We thought it would be a gift to the church and postponed the whole thing to Sunday. 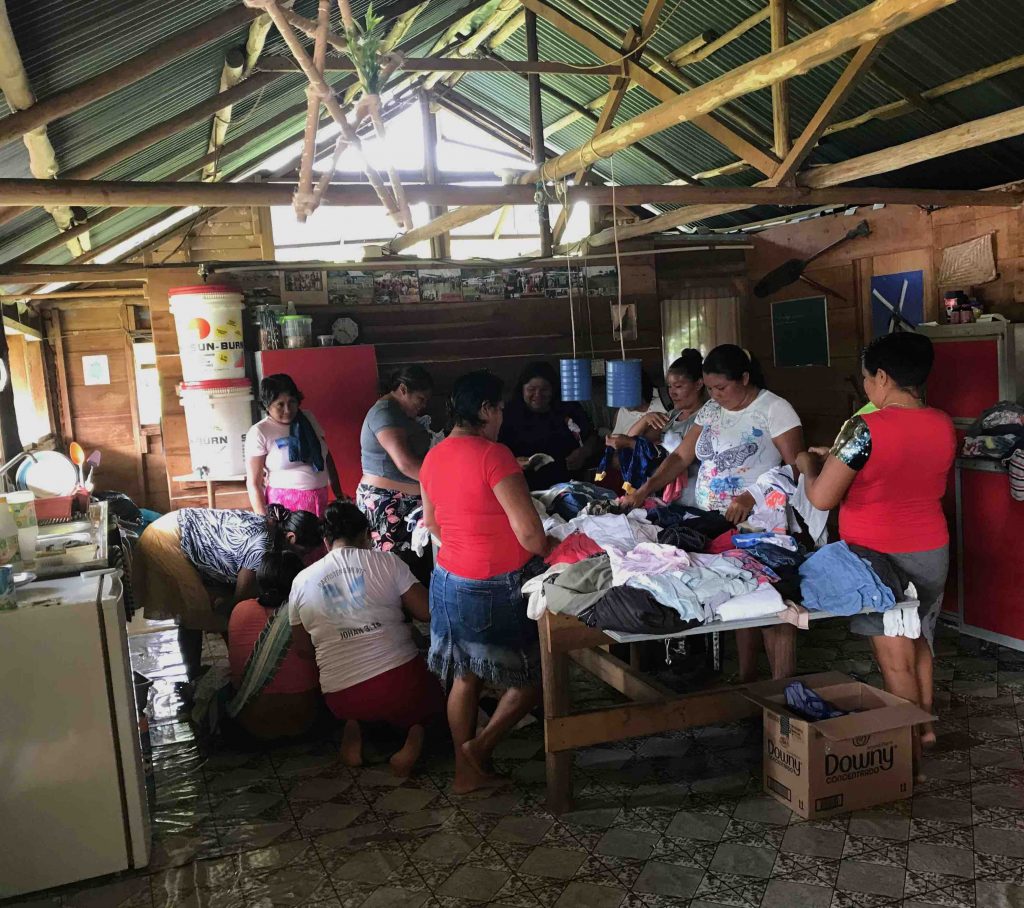 The next morning it turned out to be 2 barrels of gasoline and 20 roof plates and 9 water barrels (duro tanks). We said again that we did not order this and had no idea who this would be for.An hour later they came back to us. It had to be for us since a pilot had said for ’those whites’ Buurman (mixed-up for Schuurmans).

Marco checked his email and saw a message from the owner of the cargo. The boat arrived a day early…. The entire load is on its way to Tepu for a project over there. The idea was that in Apetina we could ensure that the things were stored for a while. Only… the stuff arrived before the message. It is in front of the house now. We wonder when the entire cargo will reach its destination. From December 27-29 we had a visit from one of the MAF families. It was nice to get to know each other a little better. The people in Apetina also enjoyed their arrival because it does them good when the pilots show an interest in their language and their way of life. This is how relationships are built. 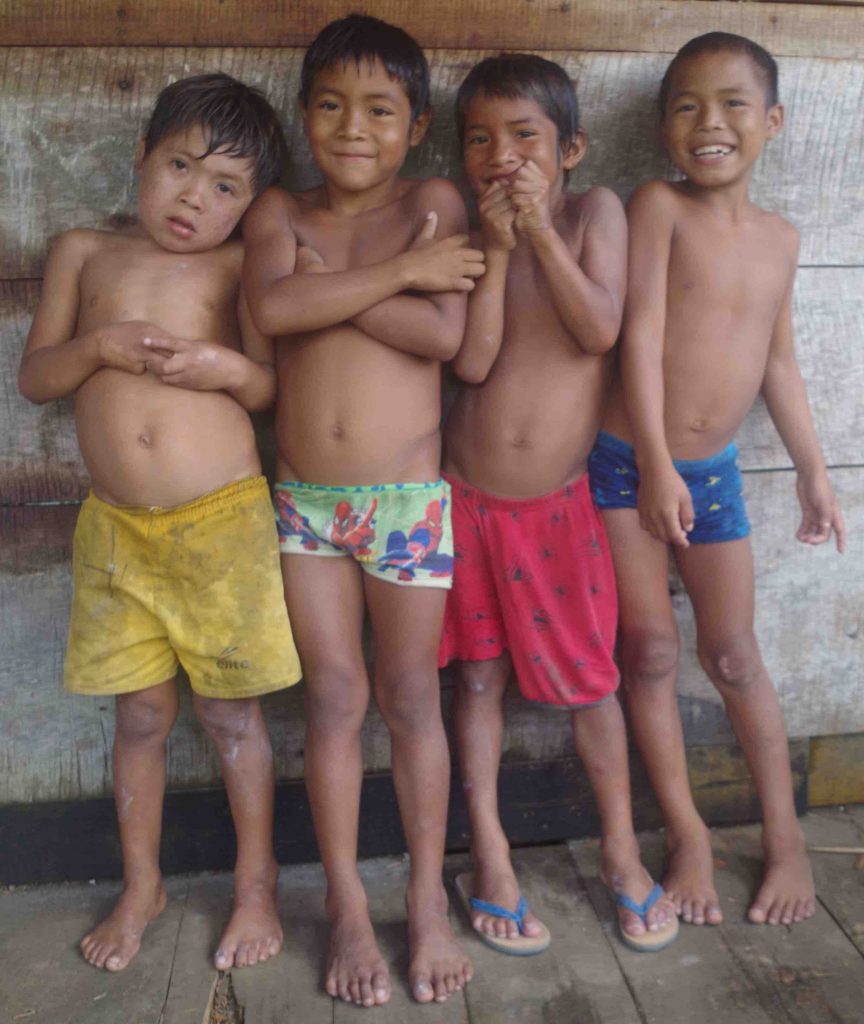 On Tuesday, Marjolein discovered that part of her molar had broken off. That meant an unexpected trip back to the city. Fortunately, we were able to fly with MAF to Paramaribo. Unexpectedly, we celebrated New Year’s Eve in the Paramaribo area and were able to visit our youngest daughter and her family.

Marjolein was able to make a last minute appointment with the dentist on January 5, but a day earlier we received a call that the dentist had Covid. Fortunately, a day later she was able to see a colleague who ‘patched up’ the molar nicely.

Friday January 7, we fly to Palumeu and start two weeks Foundations for Farming training. We are looking forward!